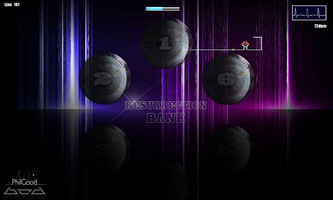 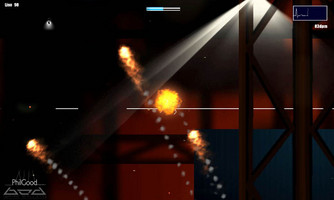 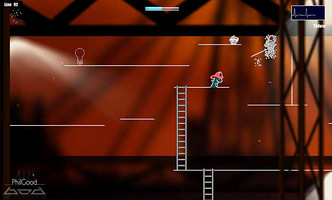 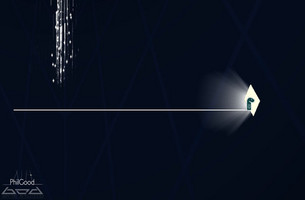 Hi everyone! I am so happy to announce that PHILGOOD is now available for free in BETA version for everyone to download.

I've been nursing this project since 660 days now with the help of my son David, and while we still have a long road ahead of us, we're happy to finally see this version out, and we hope you'll like it.

Today, it’s also the beginning of the devblog, an important step for the project. Here, I’ll talk about the process of reflexion behind the creation of the game, the content of the BETA version and its goals.

Two years ago, I lost my job and had a lot of free time. I then decided to create a video game.

I never thought I’ll go this far. Programming is not my forte but luckily my son David helped me a lot despite his studies.

Three months earlier, I bought the latest update of GameMaker Studio 2. This version brought a lot of changes compared with the previous one.

Everything is homemade including,
for me : the script, game design, graphics, puzzles, music and sound effects, websites, communication, a little programming and drinking a little too much coffee.
And for David : the many lines of code.

It is all of the beginning of the game with all its functions intended to a big test.

This version contains also :
• a few ennemies (little wreckers, killer sparkles, assault vultures),
• 3 leaks's puzzles,
• 2 “Lumen”'s puzzles (harder),
• 3 fires to put out,
• several symbols to find,
• different messages and an encrypted one (impossible to resolve for the moment)
• and an ancient stone (?) to find.

And cherry on the cake, your first infinity bar on an average of 18 bars for the entire game …

The script covers 6 empires (6 ages of mankind) that you’ll discover in the “Council Chamber” when age 1-1/4 will be finished.
18 infinity bars, new puzzles, even harder than the previous ones, and new gameplays.

So, you understand we are in the beginning of a new adventure. Therefore, your support is essential as well as your entertainment.

For purists (or even historians) you must be very attentive to the slightest metaphor, the slightest detail, the slightest event and the slightest allusion that explain the parallel between the writings and thoughts of a philosopher from ancient Greece and mythology with our contemporary world. But I've already said too much already.

But let's not forget the fun of jumping, running, throwing, harvesting, pushing, pulling, fighting, exchanging and of course winning. Whether it is life bars, water or knowledge.

Click here to give us your feedback and help us improve the game even further.